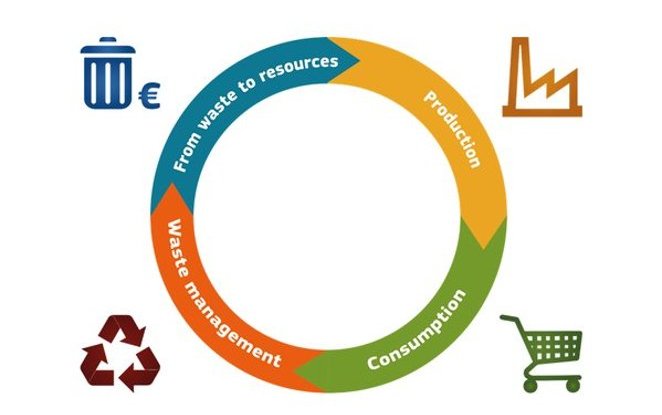 Thursday July 9th, the Plenary of the European Parliament adopted the own-initiative report “Resource efficiency: moving towards a circular economy” on with 394 votes in favor, 197 against and 82 abstentions.

The report, promoted by Finnish MEP Sirpa Pietikäinen’s, represents an important milestone in the overall discussion oncircular economy and a good starting point for the European Commission’s legislative proposal that will come by the end of 2015.

The report approved by the Parliament fixes key points that are necessary to switch from a linear economy to a circular model: cascading principle for biomass, introduction of an EU mandatory separate collection for biowaste by 2020,landfill ban for recyclable and biodegradable waste, review of the current ecodesign legislation regarding not only energy products. Another important element included in the report voted by the Parliament is the gradual replacement of food packaging with bio-based biodegradable and compostable material in order to build an efficient use of resources. And, always regarding packaging waste, the Parliament asks the EU Commission to set an ambitious target of 80% recycling by 2030.

The Report is a step forward towards a circular economy model. Has recently published by the Ellen MacArthur foundation circular economy can create a net benefit of €1.8 trillion by 2030 and, has calculated by the EU Commission, increasing resource productivity by two per cent it would create two million new jobs in the by 2030, jobs linked to the challenges of climate, energy and scarce resources.