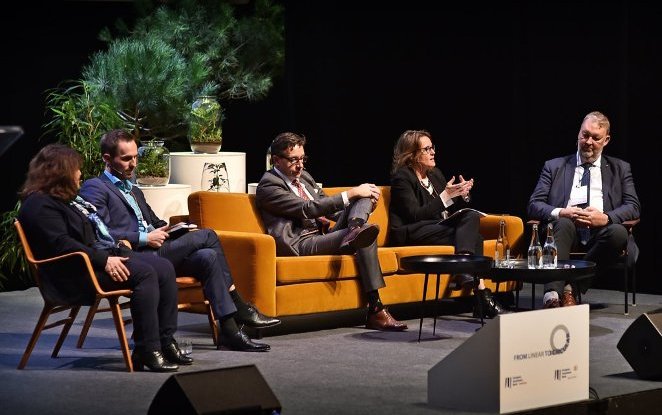 The European Investment Bank (EIB) Conference on Circular Economy was held on 25 October in Copenhagen. The event brought together representatives of the European Commission, national and local authorities, industry and members of the financial sector to discuss about the circular economy with a particular focus on plastics, cities and bioeconomy.

The conference was promoted by the EIB to raise awareness on the need to accelerate the transition towards a new model of sustainable development, to update stakeholders on new policy developments and project experiences in the field of circular economy, sharing the new EIB financing instruments.

Giulia Gregori, Head of Strategic Planning and Institutional Communication at Novamont, took part in the session dedicated to the bioeconomy: through  Novamont’s case study  she told about the challenges that companies must overcome to successfully invest in this sector where, according to the European Commission, lies the answer to many of the economic and social environmental concerns of our time.

The initiative was the first circular economy conference organised by the EIB and the EIB Institute. The EU bank, which is a major partner for investments in the EU, provided EUR 2.1 billion of co-financing for circular projects during the last five years.